The Budapest Transport Privately Held Corporation (BKV) owned by the Municipality of Budapest runs most of the vehicles (bus, tram, metro and trolleybus) of the extensive network of public transportation in Budapest. Other services include the famous Cog-Wheel Railway, the Budapest Castle Hill Funicular and public riverboat transport along the Danube. BKV transports approximately 1.4 billion passengers a year.

You can read about us and you can study the annual report of BKV Zrt. You can become acquainted with the history of public transport in Budapest and you can make a trip into the world of our museums.

The route planner helps you to organize your trip. Should you have any questions or comments, just consult our website on how to contact us.

We hope that you will be satisfied with our services and you will enjoy your stay in Budapest!

We wish you a pleasant trip!

﻿Budapest supports Ukraine by the donation of 15 buses

The development of our bus rolling stock enabled BKV to commit 15 buses -, which had already fulfilled their service in Budapest - to Ukrainian towns. This is the continuation of BKV’s practice of supporting the war-stricken neighbouring country and its citizens fleeing to Hungary, e.g. by buses for warming up or by humanitarian supplies.

From summer 2022 to this day, BKV has received multiple requests directly from Ukraine to offer buses to them. Until now, BKV did not have an operational reserve of vehicles that could be withdrawn from circulation. At present, however, owing to bus replacements, several of our buses that can continue to be operated have become available for charitable donations.

In collaboration with the Embassy of Ukraine in Hungary, the vehicles get directed to their appropriate destinations and the necessary contracts can be concluded, after which the buses can roll out to their new site of use.

The 15 vehicles - 5 of which are solo Volvo types and 10 of which are articulated Ikarus types - were dedicated to István Balog, High Commissioner of Ukraine in Hungary, by Gergely Karácsony, Lord Mayor of Budapest and Tibor Bolla, CEO of BKV Zrt., at a symbolic event on 19 December 2022.

István Balog, High Commissioner of the Embassy of Ukraine in Hungary, expressed his hope that the cooperation between Ukraine and Budapest - and BKV, respectively -, which is growing closer today, will also remain fruitful in peacetime.
Gergely Karácsony, Lord Mayor of Budapest, emphasized that "it is a strict moral obligation for everyone to turn to those in need and asking for help". Tibor Bolla, CEO of BKV Zrt., concluded his speech with the words "I wish that the vehicles become useful for the residents of Ukraine and I wish all the more that they become useful for the residents of a country living in peace again!"

On every occasion, BKV readily provides support to the best of its ability and is a partner in initiatives, by which it can stand by a good and important cause. We trust that our vehicles will serve well in Ukraine for a long time. 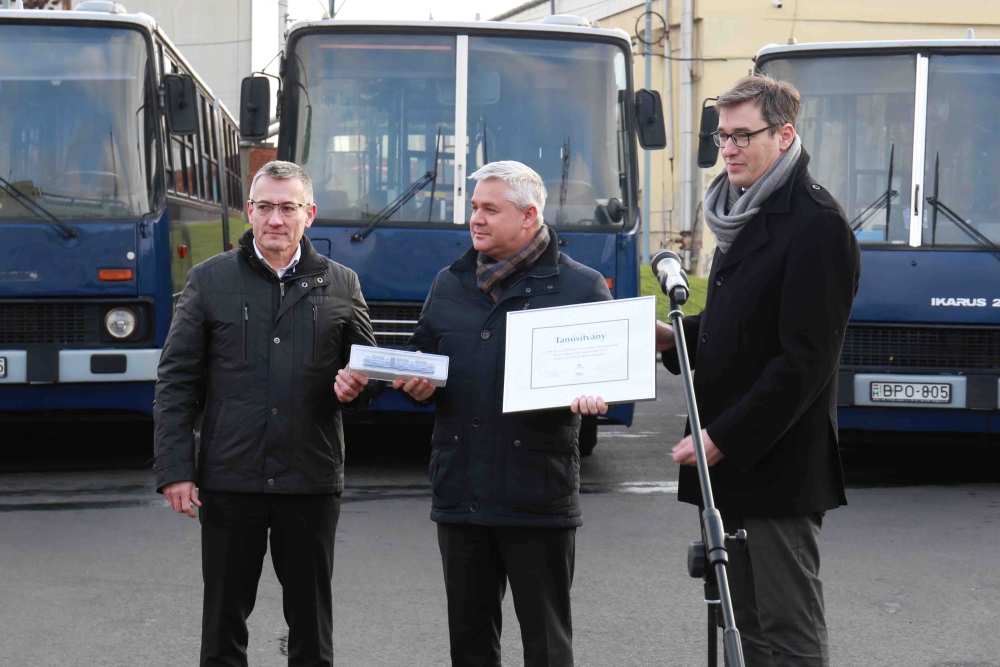 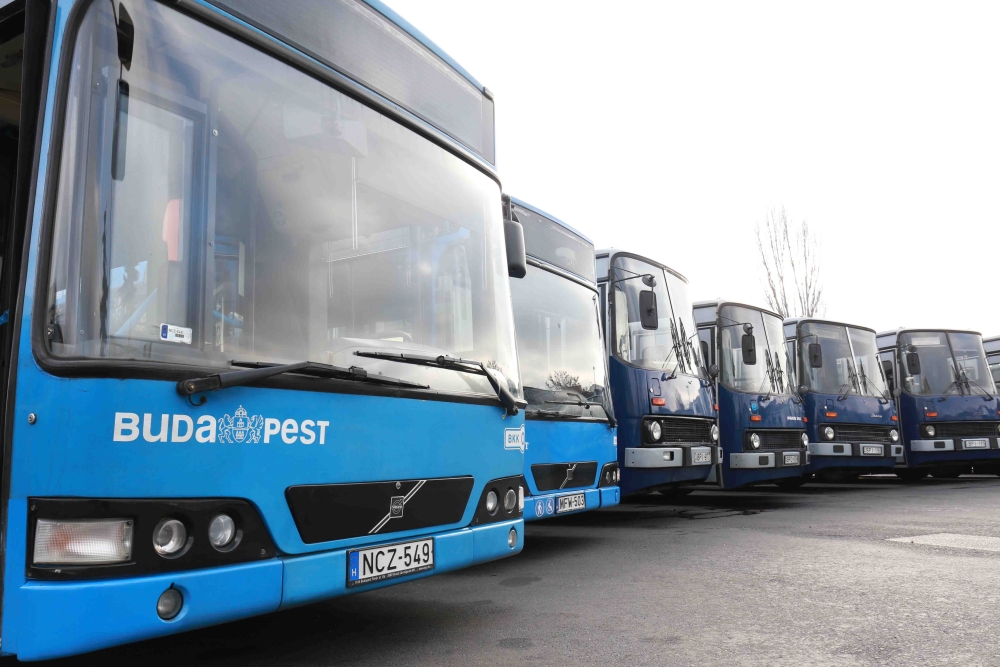 Timetables
For the timetables of public transportation in Budapest, please click here. (You will be redirected to the website of BKK - Centre for Budapest Transport.)